Posted on January 11, 2021 by jameswriteshislines 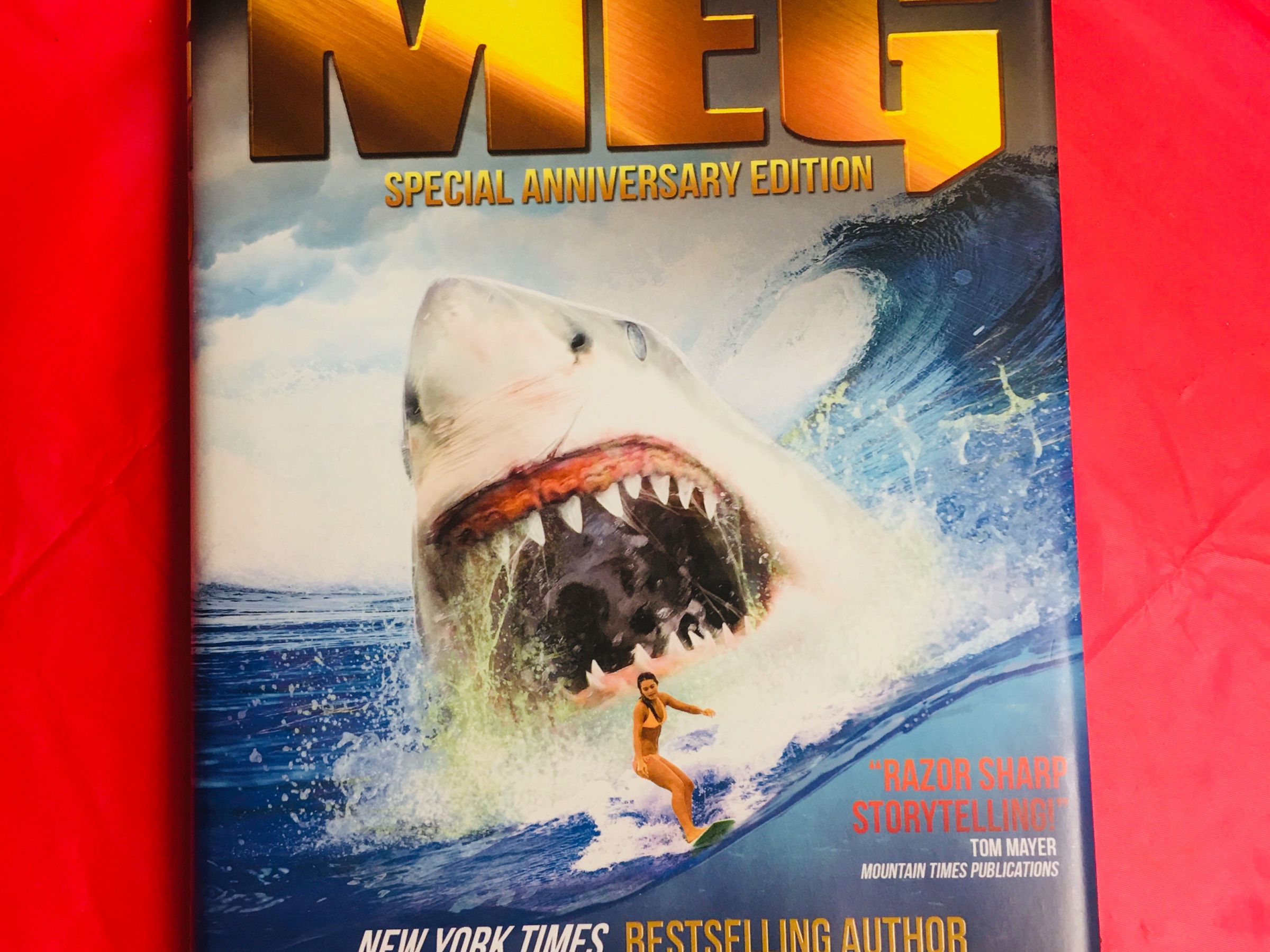 Published By: Originally by Doubleday 1997; republished in a revised/expanded edition by Rebel Press ($24.95 in hardcover; $16 in trade paperback)

You hate to say it, but sometimes the movie is much better than the book (even if you did like the book).

Everyone remembers the film versions of Psycho, The Godfather, and The Shawshank Redemption; fewer people realize that these stories were initially introduced to us via the printed word. None of these original books were bad—in the case of Psycho I can’t recommend the novel highly enough. But Anthony Perkins as Norman Bates is a national treasure, albeit a dark and disturbed one. In terms of great shark stories, I can bet you on odds 100 to 1 that most people quoting Jaws will be quoting from the grand blockbuster movie as opposed to Peter Benchley’s masterpiece. Which of course brings me to another blockbuster shark story, this one originated from the mind of Steve Alten.

Any of you who’re reading this and remembers August of 2018 will probably remember a certain high-action adrenaline rush down at the cineplex, featuring a chiseled Jason Statham at the helm. I am of course talking about The Meg, the epitome of giant shark movie that put Jaws to shame. Featuring a gigantic Megalodon and tons of bite-sized action, the flick was pure B-movie perfection. I’d watched this movie in the theater with my parents, and from the first scene I was hooked. I just had to have more of the story.

More of the story came at the hands of Steve Alten, who wrote the original novel Meg: A Novel of Deep Terror. The first in a series of novels to feature this prehistoric breed of shark, the version I read was revised and expanded, released in 2015 along with a prequel story that gives the main character Jonas Taylor’s backstory with the shark. These novels, six so far and with another in the works, are Alten’s literary legacy—but they aren’t his only product. The author of novels featuring the Loch Ness Monster, alien conspiracy, and even the Mayan doomsday clock, Steve Alten has been a busy, busy bee.

I’ve read a few of Alten’s books now, including The Loch and Undisclosed (both well worth your attention if you’re looking for a purely entertaining beach read). After indulging in meaty tomes such as Dubliners and Moby Dick, a cheap beach read is a nice change of pace. A nice fun story, not high art but gets the job done. That’s what Meg is.

I do have a few quibbles with the book, sexist depictions of the few leading women characters being one. Maggie Taylor, Jonas Taylor’s soon-to-be ex-wife, is depicted as conniving, cheating, and opportunistic; Terry Tanaka is rash, given easily to emotion, and ultimately given to her festering love for the leading man. When you consider the long history of B-movies and beach reading these sort of casual caricatures of full people are commonplace. I don’t bash a book for following that history, but I do point out that we could have more heroic women characters in our light reading. Alten did a lot better with this in his novel The Loch; as an author he definitely improved as time wore on. But I can’t ignore the fact that his first novel had its faults.

The film version treated its women characters much better. Maggie, Jonas’ ex-wife, was noble and smart, and Terry was a solid mother and a brilliant scientific mind. I for one was thankful for this, and seeing as Alten himself expressed strong approval for the film I would venture to say he was pleased with the character portrayals as well. If you go and read the book, I do recommend that you follow it up with the movie—you may be surprised with the differences you find.

Oh, and while we’re on it, be sure to check out the Adopt-An-Author program. This is Steve Alten’s nonprofit, set up to encourage and inspire a love of reading in high school students. I’m just passing along information, as I do.

← A CONVERSATION WITH BOB ON BOOKS
REVIEWING “THEY CALLED US ENEMY”: BLACK AND WHITE PICTURES SHOW US THE GREY OF OUR OWN EVIL →